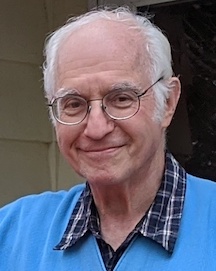 Yellow cards as a tool for thought

Book: The Economics of Space and Time: The Measure-Theoretic Foundations of Social Science (1977)

"It is the thesis of this book that measure theory is the natural language for spatial economics and, indeed, for all social science."

The Pure Theory of Natural Selection: Fisher's Fundamental Theorem and Beyond

ABSTRACT: People realized soon after the publication of The Origin of Species (1859) that the principle of natural selection had applications far beyond its original scope, to competitive situations of all kinds: competition for wealth, power, office, beliefs among firms, nations, politicians, ideologies, theories, etc.

This suggests that it might be useful to identify the common core underlying these applications, stripping off the particular institutional trappings of each, and leaving the "pure" theory behind.

I take the key idea to be long-term differential growth rates. Prior to my paper of 1991, I take this subject to consist of just one theorem, by R. A. Fisher (1930, 1958), which may be stated as: the rate of change of mean fitness equals the variance of fitness. (For Fisher, "fitness" = growth rate). It turns out that this equation is just one of an infinite system of equations, and that the entire system is needed to answer some questions of interest such as: what distributions over growth rates perpetuate themselves (i.e., belong to the same location family at all different times)? Or, belong to the same scale family? Some results of relevance to "pure" probability theory will also be noted.

Afterwards I shall tentatively indicate how the theory may be modified and extended to make it more realistic by incorporating competition (which limits overall growth), variation, interaction and organization. And I shall try to assess the role of natural selection in a reasonable world view.

An Introduction to Ramsey Theory

Starting from an article in 1930, Ramsey theory has blossomed into a significant and very pretty branch of combinatorial analysis. My talk will present its basic concepts, theorems, and proofs for both the finite and infinite forms of the subject. The treatment is entirely elementary, requiring (in principle) only an understanding of the meaning of "and", "or", and "set".

Other homes on the Web

You can use this address both for questions about the site and also to send a message to Arnold Faden. This site is being run for him by his children while he works up to jumping more fully into the Internet age.